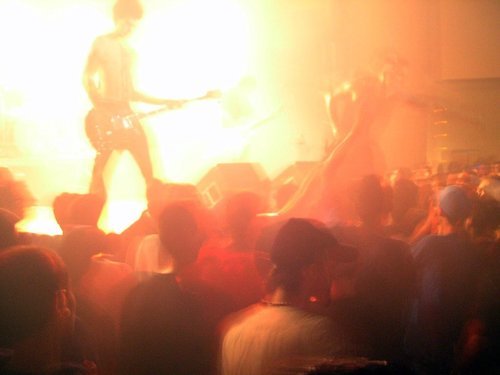 It is fair to say that heavy metal has a rich past that contains a treasure trove of amazing hits. This genre also has a bright future ahead. Whilst it is impossible to predict the exact directions metal will go in, there are a few likely possibilities.

A Mix of Different Genres

More than any other genre, heavy metal has welcomed experimentation. The most recent popular bands have infused traditional metal with different types of music. This has allowed them to create unique and new sounds. That is sure to continue as the genre evolves in the coming decades.

Bands Will Have a Heavy Online Presence

During the heyday of metal, a group would often become famous through word of mouth and coverage of them in magazines. This would include NME and numerous others. However, times have changed. For a band to succeed today and in the future they will need to cultivate a strong online presence. This can be done via social media and streaming apps.

The sad fact is that during the rise of heavy metal, there were very few women getting involved in the scene. Exceptions to this included the Runaways and Vixen. Luckily there is now a huge number of bands that are female lead. As metal becomes more inclusive, this number is set to rise. This is also helped by rejections of sexism which was once rife in heavy metal.

References to the Classics

The vast majority of new music is postmodern in that it references classic tracks. This is certainly true in the case of heavy metal. Modern bands will often be directly influenced by older ones such as Black Sabbath, Iron Maiden and Metallica. Their music may even indirectly copy styles of well-known groups.